At the tip of Frautschi Point (variously called Second Point, Breeze Point, or Jackson Point in earlier times), there once stood a rambling cottage. 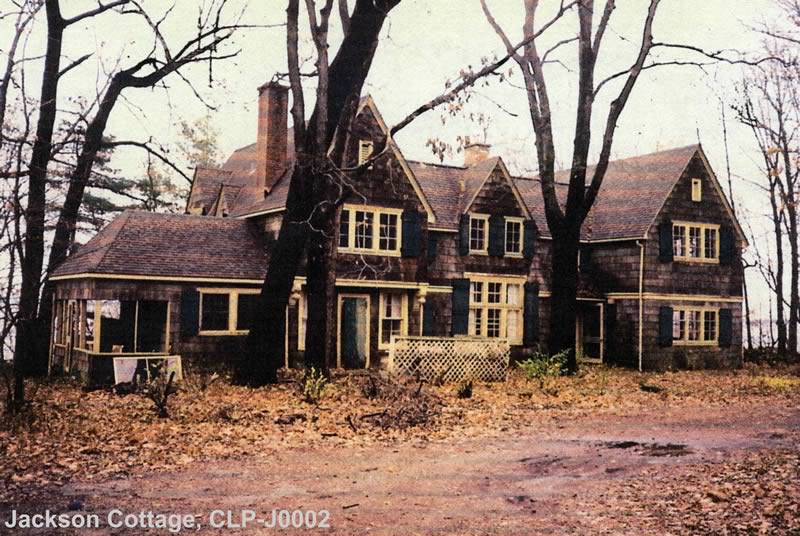 Originally built in 1921, the structure was remodeled and expanded several times. The cottage initially served the Reginald Jackson, Sr. family as a retreat during the hot summer months. Later Reginald Jackson Jr. (Doc Reg Jackson) made this his year-round home—despite the fact that the house was never completely winterized.

While living at the property, Reg Jackson employed caretakers to cook for him (often preparing wild game that he hunted on the property) and to accompany him on his sailboat, “The Peggy.” After the university obtained the property in 1989, the house was demolished and the site restored.

It is still possible to detect some of the cottage’s concrete walkways buried under leaves on the forest floor. It’s even easier to find the remnants of the family flower garden, as well as the grave of a beloved dog.

Examine the photograph on this page, and next time you visit Frautschi Point try to see if you can see the outline of any of the big trees that once stood in the front yard of the former cottage.