Over the second half of the twentieth century, the old agricultural fields surrounding the original forested core of Second Point Woods gradually filled with woody vegetation.

See if you can “read the landscape” to determine where the larger red oaks in the older parts of Second Point Woods meet the younger trees that have since grown up in the former fields. 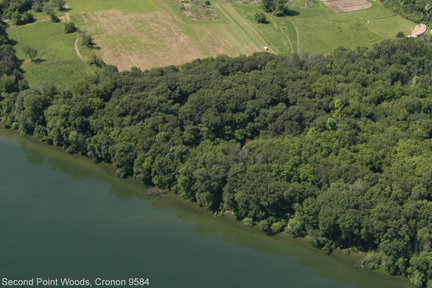