Near the corner of Haight Road and University Bay Drive (at the base of the hill that leads up to University Houses) once stood a one-story dirt-floored log cabin owned by Anna Pesh Jansen, who was the second European-American settler in the University Bay area.

In 1851, she secured a lease on a 40-acre parcel of land that includes the area now known as Big Woods. Little is known about Jansen except that she raised livestock and farmed. 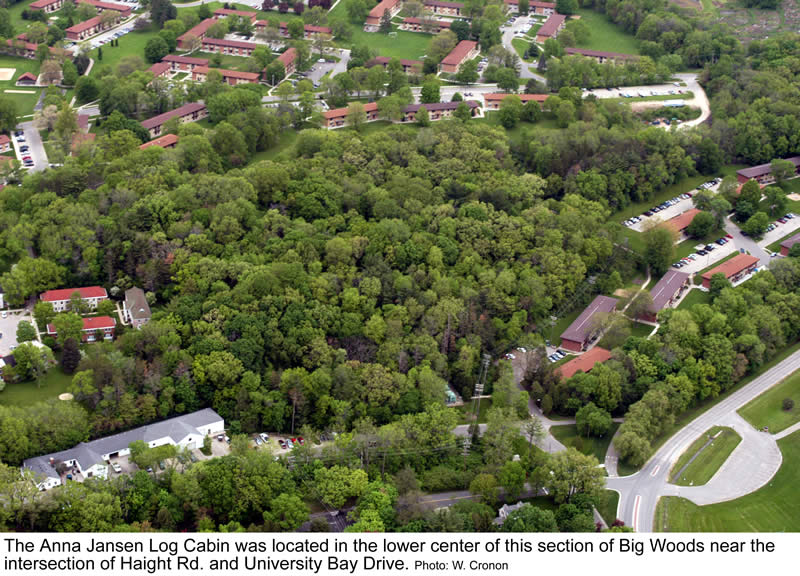